It was October 2000 and I was on a week long, whirlwind business trip to New York and Miami before my premiere 2 month sojourn at the Cite Internationale des Arts in Paris (November & December 2000)
The plan was, to go up the Empire State building in the morning and then, ‘do’ the Twin Towers in the evening.
Encapsulated in an authentic Art Deco elevator and rapidly ascending several levels at a gasp, I was swooning in a time-warp, imagining myself cossetted in the stilettos, furs and sequined satin numbers of several 1920’s movie sirens: Mary Pickford, Lillian Gish, Greta Garbo, Theda Bara…… one for each of the 86 floors, as the numbers lit up on the polished brass of the elevator wall….. 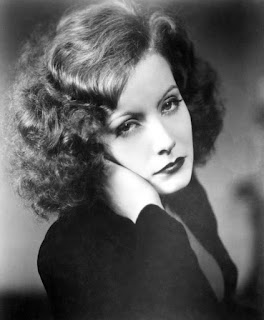 However, on exiting at the observatory platform, the sharp air stung my skin and my attention was riveted on 3 things that had changed since my maiden visit 24 years ago.

1) Protective fencing had been erected on top of the concrete parapet.
2) I was staring at a mini-Trafalgar Square! Doves were flying and sitting wherever they could and it fascinated me that they were completely comfortable at such high altitudes. Did they ever descend? Get their claws on the ground? Indeed, was there any necessity? I joked that in New York even the doves were ‘high flyers’!
3) It was my first glimpse of the Twin Towers on the horizon…
The view was breathtaking, whilst lovely ‘Casper the Friendly Ghost’- clouds, were waving at their reflections in the Hudson River below…..

My business associate and I took turns photographing each other and I was first. Then, as I held the camera in my hands, I realized it was a hopeless case! No matter which direction I pointed my camera, metal bars and birds were obstructing my view…

Then, pushing the lens past the metal bars, I decided to focus on the Twin Towers. Etched on the horizon against the dazzling, dappled river, they became the center of my composition.
I am intuitively attracted to paradox and the organic and moving shapes of clouds and the river snaking along the curved outline of the land, beautifully contrasted with the harsh and geometric shapes of the huddled and rigid skyscrapers.
I remarked to my associate that what I was looking at, in effect resembled a ‘giant cemetery’…
The silvery, circular outline of a cloud that tried to imitate a saint’s halo, or a wreath, silently drifted in the pale blue sky……..
Satisfied at last with the angle and image I had in my viewfinder, I was about to press the release button, when my view was blurred! In shock, I jerked back my head and a few centimeters from my hand, casually perched on the parapet, was a majestic dove……serenely ruffling and vibrating it’s feathers, with no intention of taking flight……
Now that I had found my perfect angle, powerful gusts of wind were tugging at the hem of my skirt and sweeping strands of hair across my face. The solitary cloud was now moving in an animated way and I was anxious to get a move on too…….
In a situation such as this, where rapid decisions have to be made, there is an unexpected 3rd force that forces you to compensate.
There and then, I made a decision to ‘make peace’ with the dove and incorporate its blurry image into my shot.
As my finger tentatively and hardly audible, pushed down on the trigger, the dove moved ever so slightly and I gently re-positioned myself, trying not to startle it, or lose the perfection of my angle. Just then, the dove’s head slid underneath the Twin Towers and accepted it as its crown! My immediate reaction and the noisy mechanical action, sent a stream of dove perfume up my nostrils, as it spread its wings and noisily flapped towards the ground!

The afternoon was spent lazing away in a Gelateria in Brooklyn.  Egalitarian parents were gallantly pushing padded strollers, their squealing, chubby, fashionably dressed babies, licking their dripping over-sized ice creams, which were precariously balanced on a cone. I was sinking into a slow-motion ‘My Fair Lady’ fantasy…….

Abruptly my senses revived and trained as a typically alert South African female, my intuition warned me that this was simply too good to be true! It was with concern that I remarked: ‘These Americans are in a dream world, so confident and so relaxed, they would be completely oblivious, even if a plane passed overhead at this very moment and dropped its deadly cargo…..’
As planned, we reserved the evening for our visit to the Twin Towers, steeling ourselves against the currents of icy winds, in the desolate banking district.
Two vivid images are ingrained in my memory:
1) The overwhelming size of the ground floor entrance, which was vast enough to accommodate a small plane in flight.
2) The complete lack of perception of distance and reality that I experienced as I stood, (at the cafeteria situated at the top), my nose disbelievingly pressed against a sheet of thick glass. I had the sensation of flying and floating, whilst observing pinpricks of light, as Pandora’s Box overflowed and spilled a river of ruby and diamond necklaces, which were silently flowing towards some distant destination….
The photographs which documented my USA and NY experience, were only developed on my return from Paris, January 2001.
As I shuffled through the few thousand unconnected images documenting several weeks in America and Paris, I had the added realization that also I, had eventually returned home after what seemed like light years of fantastic journeys.
It was then that my eye fell on an unusual photograph which instantly jolted my memory! On closer inspection, I was flooded with the emotions of that day on top of the Empire State Building and I had an instant title for the photograph:’WHAT GOES UP, MUST COME DOWN…..CROWNING CAPITALISM.’
You can imagine the shivers running up and down my spine on the 11 September 2001, as I stared in disbelief at the developing drama on our television screen…..
As I post this today, I am yet again reminded of all the moments of wonder that have dotted my life. I adore Poppies and they are currently in full bloom in our garden.
Lo and behold, today, as we commemorate the destruction of the Twin Towers in NY on 11 September 2001, I discover a rare twin-headed Poppy. 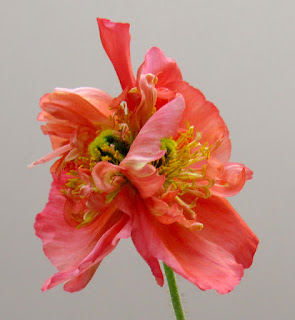 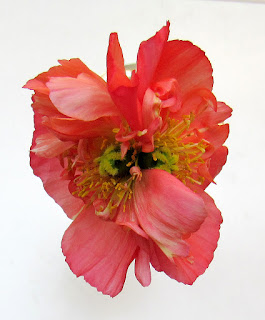 However soon after having done so, shivers run up and down my spine, when I realized with what ease I have picked it from the flower bed…..