THE DAY EVEN THE DOG LOST HOPE

‘THE DAY EVEN THE DOG LOST HOPE’
This painting was conceptualized at the end of 2012 during a road trip with a lifelong friend and the master framer of my art work, Marcello Poggiolini. He took me to view the Namakwaland flowers of the West Coast, and he also wanted to show me his newly completed home where he would soon enter into retirement.

Tragically, during a follow-up visit exactly one month afterwards, Marcello passed away at his new home, without ever having enjoyed the fruits of his labour or having the opportunity to realize his dream of a peaceful coastal retirement.
I only commenced the painting ‘THE DAY EVEN THE DOG LOST HOPE’ a short while before I left for London/Paris/London 28th August 2015.
Remarkably, I met a lifelong friend and dedicated collector of my work, Lars Jensen, on Heathrow on 29th Aug. He was waiting to board his plane back to Miami and we were able to spend 2 hours together. 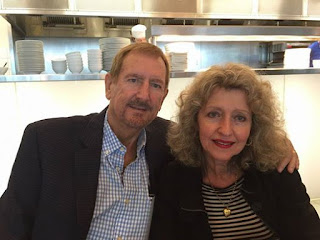 I returned to South Africa on 5th Oct. 2015 and besides other new paintings which I immediately commenced, I also worked on ‘THE DAY EVEN THE DOG LOST HOPE’ and completed it on the 13th Nov. 2015. On the morning of 14th November, I heard about the Paris terror attacks and in the evening I heard about the death of my wonderful friend, Lars Jensen, on his birthday, the 14thNovember 2015.
I think this painting has a Universal appeal as there are always individuals as well as groups of people who endure unspeakable grief and feelings of hopelessness and desolation….  and sometimes, just knowing that you are not alone, helps to soothe the unbearable pain…..

‘THE DAY EVEN THE DOG LOST HOPE’
‘There are many ways of showing adoration, one of them is to wait.
To count the minutes until a door opens or to imagine the embrace.’
– Anabis Trejo

How often have you seen dogs, just waiting…?