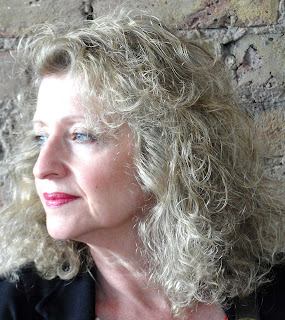 Why must the wheel be re-invented?
I am attracted to people with vision and compassion.
In the distant past I quickly came to realize that very few individuals even ‘see’ or ‘look’ properly and that expecting them to ‘have vision’ would be a tall order indeed.
Unfortunately it is seldom that people with vision involve themselves in politics and consequently humanity has bungled along as far back as history stretches, much to the frustration of clear and fair thinkers and the detriment and continuous, unnecessary suffering of everyone living on this planet.
The gap between the growing advances of Science (competent scientist no doubt) and the crumbling degeneration of social structures and life, as allowed by dismal leaders, is striking and dangerous.
I don’t think politicians should be voted into office and then represent a specific political party. They should be treated similarly to individuals applying for a very responsible job and subjected to a stringent set of psychological, moral, intelligence and managerial tests and skills. Their honesty and a clean criminal record, should be checked through intense background inquiries and be the first prerequisite to qualify as a potential prospect.
It’s ridiculous and downright insane to allow individuals who have been ‘elected by the majority’ (of what?) to wreck the present and the future of whole countries and regions, through their own greed, incompetence and hidden agendas.
Is it rocket science to learn from the mistakes of the past?
Is the encouragement of any form of destruction of systems and institutions to be tolerated and why should it?
Currently there is a total lack of discipline, dignity and respect. Moral values do not seem to have been considered at all when appointing a leader although they should be the ones who must set an impeccable example.
How is outright poverty and suffering allowed when there is proof of abundant resources and one is confronted with flagrant waste?
Rising prices fueled only by greed and excessive and escalating profits, is a sure recipe for a revolution.
Who is fueling the fires? I say, root them out. Zero tolerance for the destructive, the criminal and the undisciplined.
Please reconsider the folly of dragging our feet in the courts and being unnecessarily tolerant of scoundrels and criminals while we waste valuable resources and time, as things spiral into anarchy.
At the first sign of incompetence and devious ways, an unsuitable candidate should be immediately relieved of his responsibilities and stripped of all future financial rewards.
Wake up! Warning signs have been with us for a long time and it seems as if society has become immobilized. Break free of the cocoon we have spun ourselves into.
Resist. Demand a plausible future containing freedom, justice, safety, security, work, respect, morality and access to basic amenities, for all.
A man who lacks hope is desperate, impressionable by anyone and has nothing to lose……
The least we can insist on is confidence in our leaders and confidence in our future.