I’ve always been a devoted fan of Pieter Dirk Uys, but my first personal meeting with South Africa’s top satirist, was in the late 80’s or early 90’s,  at a function held at the Presidency, where he entertained the guests, of whom a few prominent ones where his inspiration at the time.
Several years later in 2010, I had the pleasure to visit his brilliant brain child and ongoing creation EVITA SE PERON, in Darling in the Western Cape. 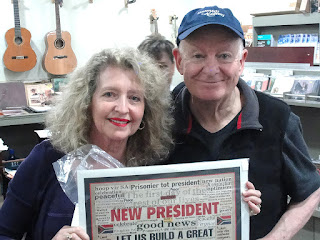 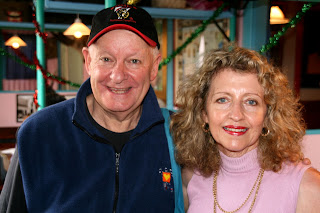 Pieter and Aleta in 2010 (Darling)
The past 10 days, I had the unexpected pleasure to attend all 3 of his solo shows which he presented at Brooklyn Theatre in Menlo Park, Pretoria.
On Thursday 5 October we attended his performance: ‘THE ECHO OF A NOISE’
and then again the following Thursday 12 October, it was  ‘AN EVENING WITH EVITA’, after which I had the distinct feeling that I should present him with 2 of my limited edition art prints which I thought would ‘tickle’ him.
When I saw him after the show, I promised to bring him 2 small gifts the following Saturday.
The 2 particular works I had in mind was a signed art print of: ‘CULTURE QUEEN’, which I thought EVITA would love and then also, 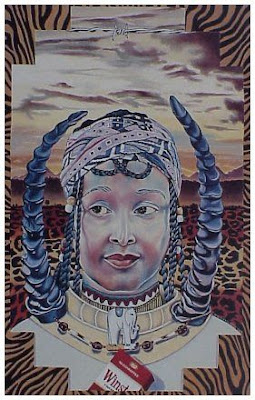 because of his infectious positivism and many references to a ‘NEW SOUTH AFRICA’, a signed art print of no.50 of my 6 year long, PRECIOUS CIRCLE project: ‘NEW PRESIDENT –  NEW SOUTH AFRICA’.  And so last night, the 14th October, we attended his final performance:  ‘ADAPT OR FLY’, and afterwards I was fortunate to spend some time with him and was able to honor the promise I had made. 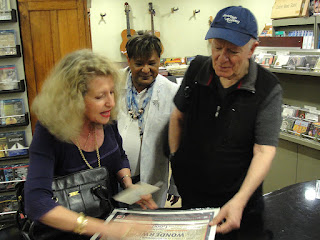 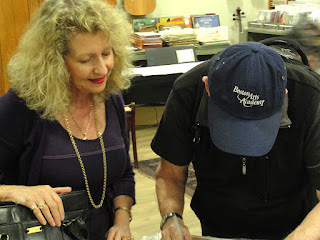 Pieter Dirk Uys writes me a thank you note. 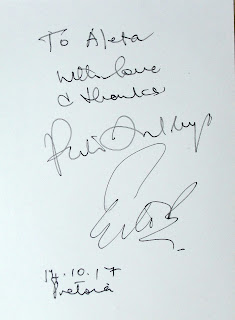 A truly memorable and satisfying time was had by everyone and I look forward to see what next our beloved ‘national treasure’ will conjure from his many hats! 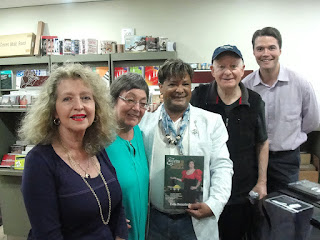